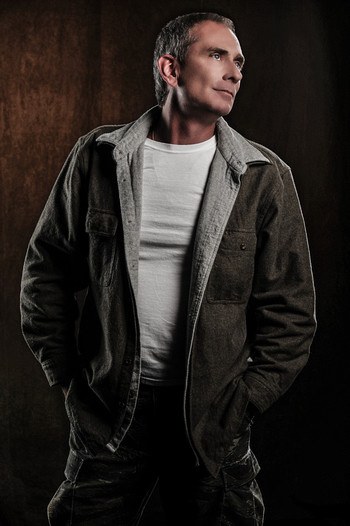 Anthony hasn't always had a camera in hand, but he has always been very visual. With his trained eye for examining people, he watches the effect that shadows and light play on his cast of characters. A strong desire to catch these images with all their detail is what drove him to begin studying photography.

This swiftly opened his senses to all of the possibilities. Several years ago, he purchased his first digital camera and he immediately became obsessed with learning all he could. Instantly, he discovered an innate talent for creating and directing a scene, which led to capturing images best described as stunning. He opened his studio in West Los Angeles shortly after and has been photographing people ever since.

Anthony shoots people in many different styles including fashion, creative portraiture, model portfolios, boudoir and even maternity. He has had the opportunity to work with some remarkable models on fine art nude projects over the years. He continues to be passionate about absorbing as much knowledge as he can obtain regarding his artistic medium and is always striving to improve his shooting styles. He is a member of Professional Photographers of America and the National Association of Photoshop Professionals.

As many clients will attest to, life brings endless opportunities to capture a moment so exquisite it would be gone in a fleeting second were it not for the camera held in the photographer’s hand. That is what Anthony aspires to capture in the studio: an instant in time that a client looks back on years from now and can still feel through the image.

REMEMBER, HALF THE FUN OF LIFE IS IN THE LIVING AND THE OTHER HALF IS IN LOOKING AT THE PHOTOS!!
© Captivity Photoworks
Powered by ZENFOLIO User Agreement
Cancel
Continue